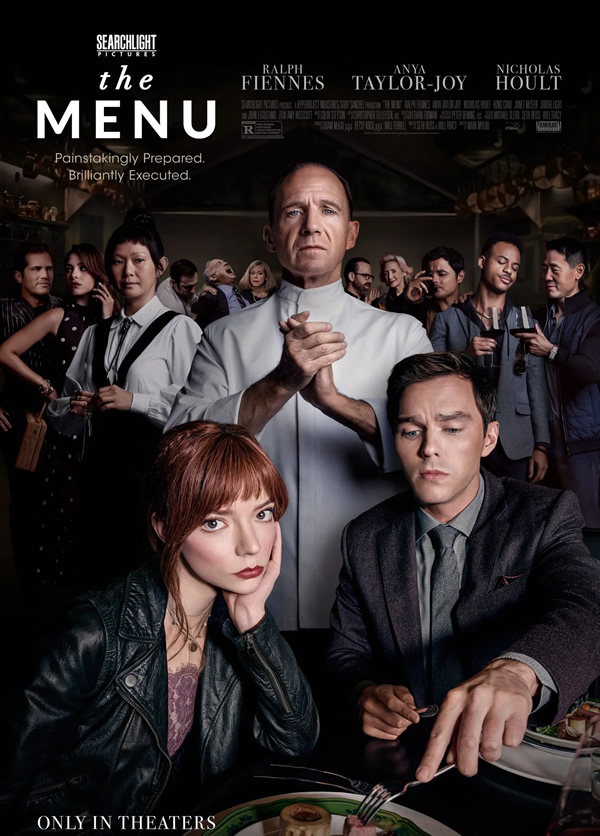 “Bizarre, original and loaded with revelatory surprises with every turn of the page, The Menu uses the culture of haute cuisine as a metaphor for the spit-roasted values of high society, with results that are vicious, delicious, and horrifying.” -Rex Reed, Observer

“Soup to nuts, The Menu is satisfying and rich, yet lean and cutting.” – Richard Whittaker, Austin Chronicle

“Foodie culture gets hilariously torched as a celebrity chef, acted to pretentious perfection by Ralph Fiennes, holds his customers, except for a deliciously defiant Anya Taylor-Joy, to the fire at his restaurant from hell. It’s all delectably unhinged. “ – Peter Travers, ABC News