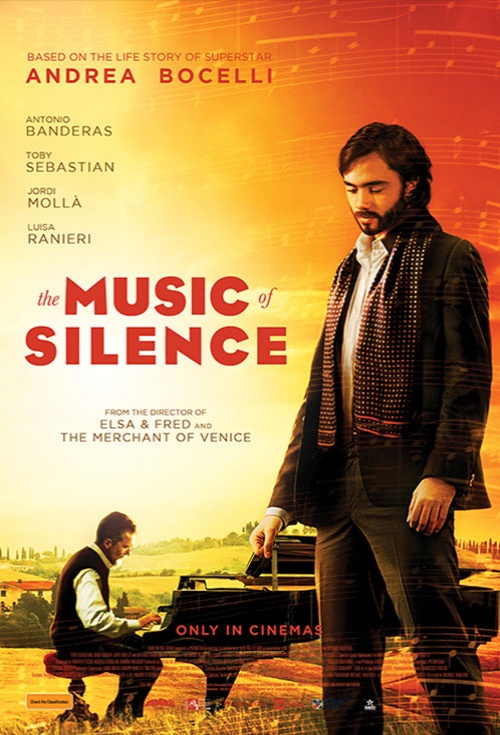 The Music of Silence

Based on his own published memoir, this is the extraordinary true story of Andrea Bocelli from his early life growing up in Tuscany, Italy in a loving family. Although he shows much talent, he loses his sight by the age of twelve due to glaucoma. Fortunately love and destiny intervene, and against all odds, he becomes the world-renowned opera singer. Bocelli has sold over 80 million records worldwide, and has entertained audiences all over the world, performing for Popes, Presidents, and Royals. Directed by Academy Award nominee Michael Radford (Il Postino, The Merchant of Venice), the film stars Toby Sebastian (Game of Thrones), Luisa Ranieri, Jordi Mollà, and the acclaimed Antonio Banderas as Bocelli’s maestro. With a film appearance by the real Andrea Bocelli, The Music of Silence features unreleased songs composed by Bocelli when he was an up-and-coming artist. In English and Italian. (126 mins)