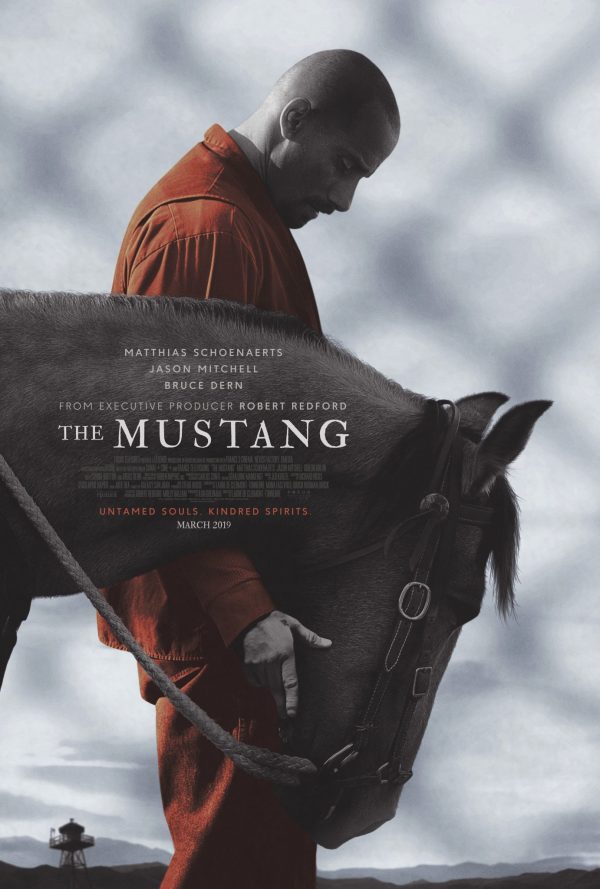 Roman (Matthias Schoenaerts), a convict in a prison in rural Nevada, participates in a rehabilitation program in which he trains wild mustangs. He struggles to connect with the horses and his fellow inmates alike. But in time, working alongside young convict Henry (Jason Mitchell) and an old trainer Myles (Bruce Dern), Roman soothes an especially feisty horse and confronts his own violent past. Official Selection of the Sundance Film Festival. (96 mins)

“Clermont-Tonnerre comes from a place of defiance, and her fearless instincts surge through every frame. Each time you think you have this movie pegged, it’ll knock you for a loop.” – Peter Traves, Rolling Stone

“The Mustang becomes an emotional powerhouse in its final act.” – Tomris Laffly, RogerEbert.com

“The small miracles that do occur in The Mustang feel real, and well–earned.” – Gary Thompson, Philadelphia Daily News