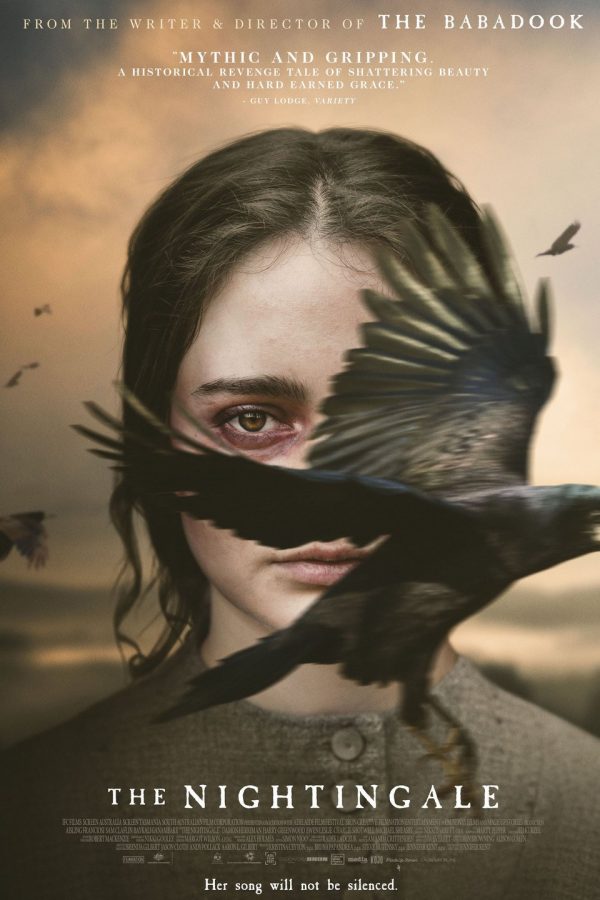 Set during the colonization of Australia in 1825, Clare (Aisling Franciosi) is a young Irish convict who must serve a seven year sentence indentured to an abusive master, Lieutenant Hawkins (Sam Claflin). When he and his cronies perpetrate a crime against her and then leaves for a post up North, she must undertake a harrowing mission to pursue him and avenge the crime. She enlists a young Aboriginal tracker (Baykali Ganambarr) who grudgingly takes Claire through the rugged wilderness to track down Hawkins. From Jennifer Kent, the Australian director of the horror hit The Babadook. (136 mins)

“‘The Nightingale’ dials into unadulterated rage, while also telling a story of tolerance and understanding. It’s a balancing act Kent manages gracefully, and ‘The Nightingale’ is a story that’s not easy to shake.” – Adam Graham, Detroit News

“A masterful display of cinematic craft, an astonishing feat considering this is only her second feature, though her first – the eerie and more supernatural ‘The Babadook’ from 2014, also about a woman in serious trouble – showed she was a talent to watch.” – Cary Darling, Houston Chronicle

“One of the most powerful films yet seen about the country’s colonial foundation and the cruelties that were an indelible part of it.” – Sandra Hall, Sydney Morning Herald