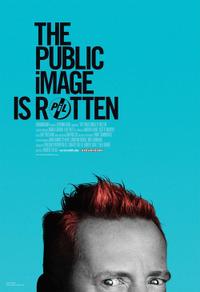 The Public Image is Rotten

After the breakup of the Sex Pistols, John Lydon, aka John Rotten, formed Public Image Ltd (PiL) – his groundbreaking band which has lived on nearly 15 times as long as his first one. John Lydon has not only redefined music, but also the true meaning of originality. With his trademark acerbic wit and unpredictable candor, Lydon offers a behind-the-scenes look at one of music’s most influential and controversial careers. (103 mins)

“… a solidly made niche documentary, one that can stand as a more or less definitive chronicle of a band that started off as an experimental art-rock curiosity and became, over time, a potently danceable and influential musical collective.” – Owen Gleiberman, Variety