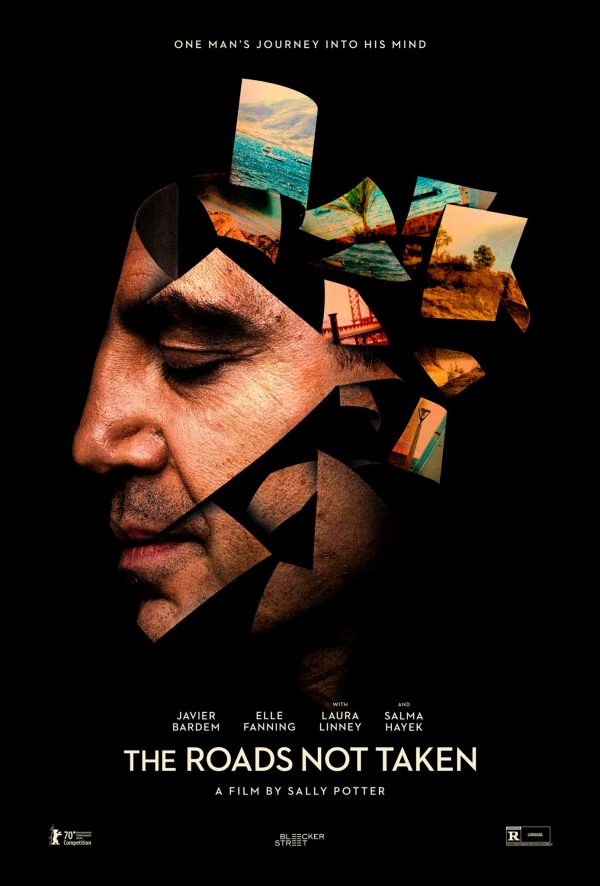 Click Here to visit official site.
The Roads Not Taken

Sally Potter’s (Orlando, The Party) latest film follows a day in the life of Leo (Javier Bardem) and his daughter, Molly (Elle Fanning), as she grapples with the challenges of her father’s chaotic mind. As they weave their way through New York City, Leo’s journey takes on a hallucinatory quality as he floats through alternate lives he could have lived, leading Molly to wrestle with her own path as she considers her future. (85 mins)

Click Here to view via Bleeker Street and your rental price will support the Naro!
(You will be emailed instructions from Bleeker Street to view the film. Watch via your Computer, Tablet, Smartphone, Chromecast, or AirPlay.)

“At its root, ‘The Roads Not Taken’ is not an examination of where we go or don’t go in life, but who we choose to go there with.” – Michael O’Sullivan, Washington Post

“Through it all, there’s a potent portrayal of the bond between a parent and a child, and how it can never be taken for granted.” – James Mottram, South China Morning Post