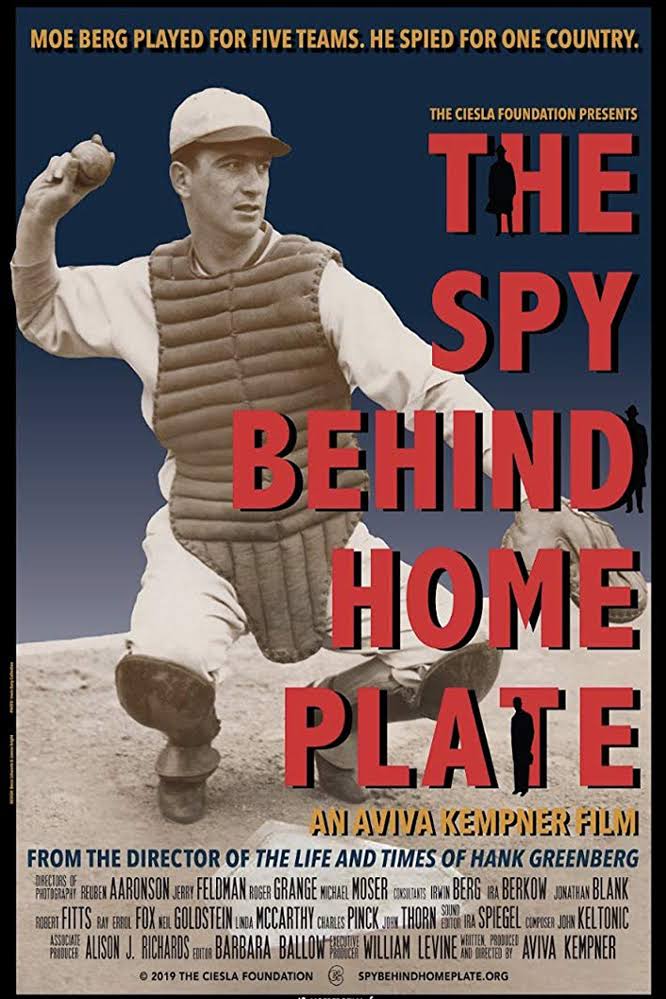 Award-winning filmmaker Aviva Kempner (The Life and Times of Hank Greenberg) tells the real story of Moe Berg, major league baseball player-turned-spy. In this first ever documentary about the enigmatic Moe Berg, Kempner again focuses her camera on a little-known Jewish hero – from the streets of Newark to five major league teams during baseball’s Golden Age to his secret life working for the OSS in WWII. Amazingly, he departs his baseball career for a mission to infiltrate Nazi Germany. Moe Berg’s life was dramatized in last year’s biopic, The Catcher Was a Spy. (96 mins)

“There’s much to absorb throughout ‘The Spy Behind Home Plate,’ and sometimes details speed by too fast or digressions go on a bit long. Still, Kempner’s passion for her remarkable subject is always evident.” – Ken Jaworowski, The New York Times

“I found it mesmerizing and can’t think of another public figure whose biography contains so many surprises and revelations.” – Leonard Maltin, leonardmaltin.com”