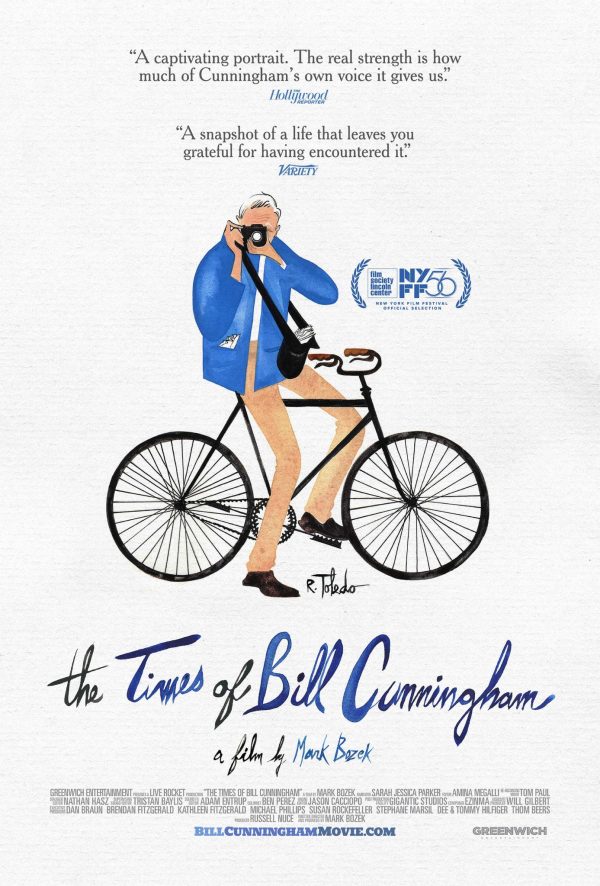 “The minute Bill Cunningham starts talking in this charming documentary is the minute you fall in love with him.” – Glenn Kelly, RogerEbert.com

“The real strength of Bozek’s film is how much of Cunningham’s own voice it gives us.” – David Rooney, The Hollywod Reporter