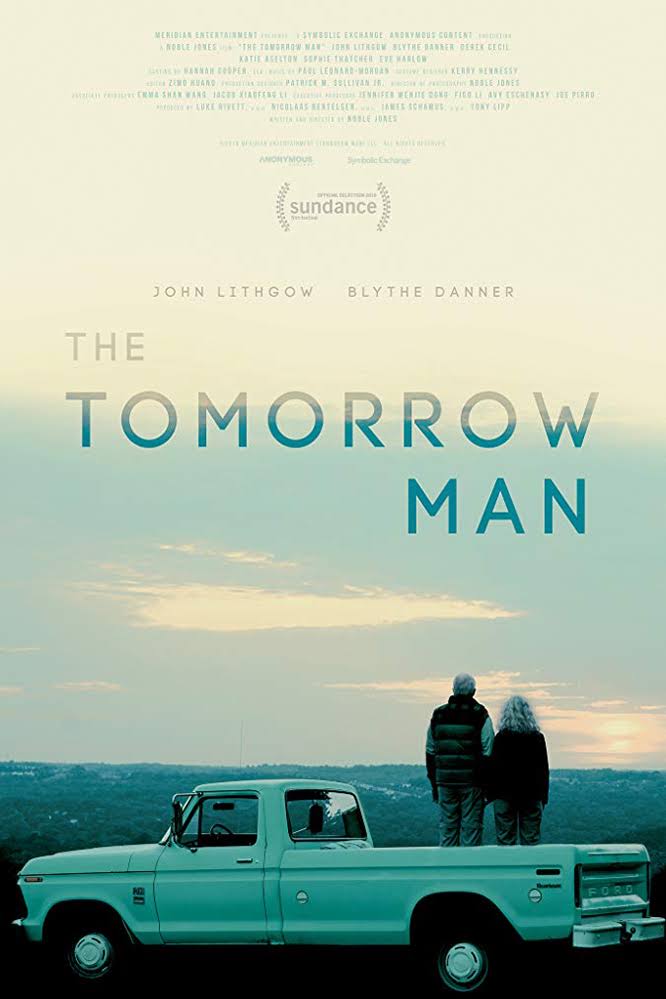 Ed Hemsler spends his life preparing for a disaster that may never come. Ronnie Meisner spends her life shopping for things she may never use. In a small town somewhere in America, these two people will try to find love while trying not to get lost in each other’s stuff. (PG-13, 94 mins)

“If you cherish the rare opportunity to watch magnificent actors as perfect as Blythe Danner and John Lithgow giving it all they’ve got, in a film about grown-ups, then the line starts here.” – Rex Reed, NewYork Observer

“The Tomorrow Man is not one of these high-dramas with something profound to say about human natures. It’s more a chance to watch two veteran actors in John Lithgow and Blythe Danner do what they spent their entire lives doing, and that’s act and act real damn good. They find that right balance between being normal and quirky to turn out a grounded performance.” – Alan Ng, Film Threat