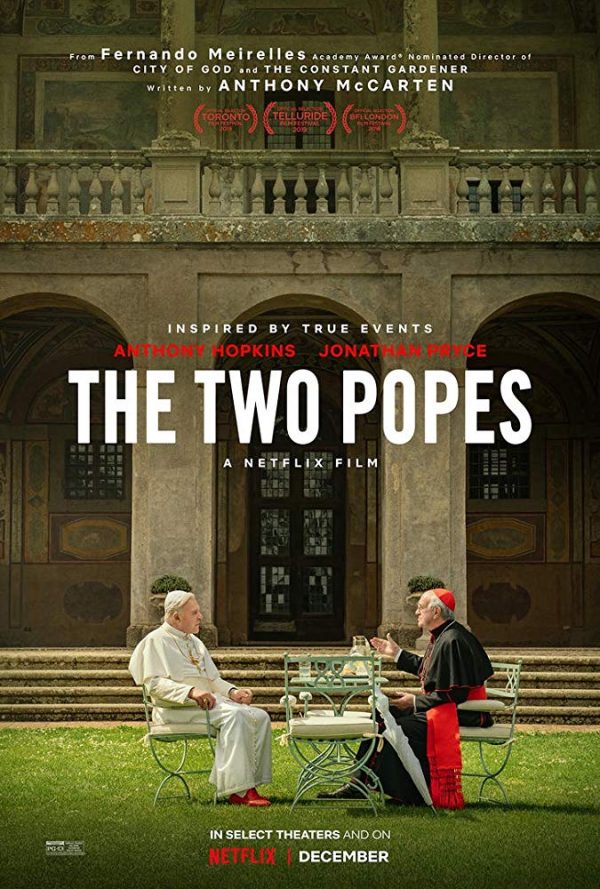 Frustrated with the direction of the church, Cardinal Bergoglio (Jonathan Pryce) requests permission to retire in 2012 from Pope Benedict (Anthony Hopkins). Instead, facing scandal and self-doubt, the introspective Pope Benedict summons his harshest critic and future successor to Rome to reveal a secret that would shake the foundations of the Catholic Church. Directed by Fernando Meirelles (City Of God). Behind Vatican walls, a struggle commences between both tradition and progress, guilt and forgiveness, as these two very different men confront their pasts in order to find common ground and forge a future for a billion followers around the world. (PG-13, 125 mins)

“For anyone interested in Catholic church doctrine, ‘The Two Popes’ is movie nirvana, but anyone watching could appreciate the clash between these opposing dispositions and world views.” – Mick La Salle, San Francisco Chronicle

“‘The Two Popes’ turns into a movie not about a power struggle, at all, but a grappling of faith.” – Jake Coyle, Associated Press