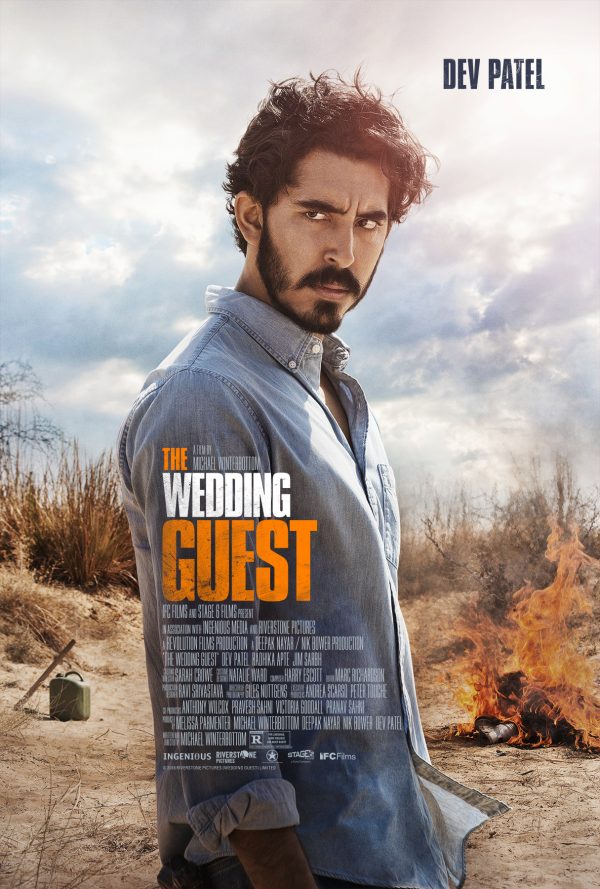 Jay (Dev Patel) is a man with a secret who travels from Britain to Pakistan to attend a wedding—armed with the tools and a plan to kidnap the bride-to-be (Radhika Apte). Despite his cool efficiency, the plot quickly spirals out of control, sending Jay and his hostage on the run across the border and through the railway stations, back alleys, and black markets of New Delhi—as all the while attractions simmer, loyalties shift, and explosive secrets are revealed. From prolific British filmmaker Michael Winterbottom (The Trip to Italy). (94 mins)

“A movie steeped in the traditions of film noir, and its narrative will become complicated very quickly. Winterbottom, who also wrote and co-produced the movie, creates a story about gorgeous people committing crimes and double-crossing each other, where no one is innocent.” – Monica Castillo, RogerEbert.com

“Like the best noirs, The Wedding Guest is an efficient crime thriller that clocks in at around 90 minutes. It’s a B movie with style — the stuff that dreams are made of.” – G. Allen Johnson, San Francisco Chronicle