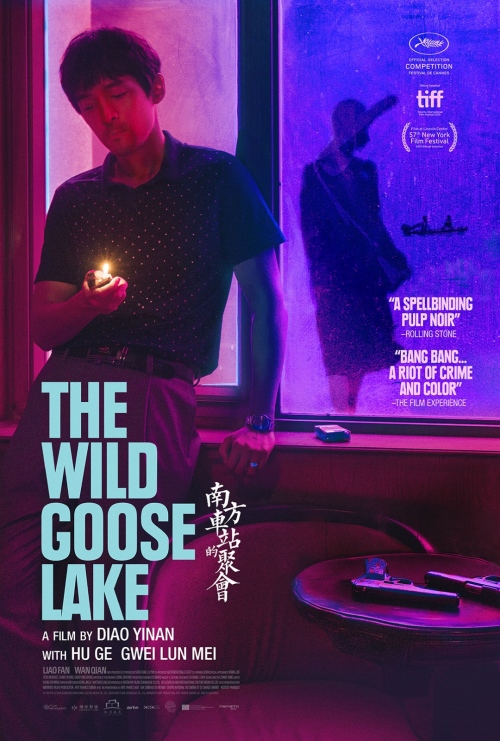 When small-time mob leader Zhou Zenong (Hu Ge) accidentally kills a cop, a dead-or-alive bounty is placed on his head, forcing him on the lam from both the police as well as dangerous gangsters out for the reward. Hiding out at the Wild Goose Lake, Zhou becomes entangled with a beautiful, enigmatic woman (Gwei Lun Mei), who has mysterious intentions of her own. From acclaimed director Diao Yinan (Black Coal, Thin Ice). In Chinese with Subtitles. (110 mins)

“In Diao Yinan’s ‘The Wild Goose Lake,’ a stylish neo-noir of saturated colors and meticulous visuals, every single shot seems to be composed and lit with obsessive attention to detail… you will feel like pausing often to admire all the exacting on-screen qualities frame to frame: neon lights, reflections, ghostly negative space, smoke and even an undercurrent of eroticism. This desire to freeze the frame will be your constant throughout ‘The Wild Goose Lake,’ with attributes that split the difference between a studious Gregory Crewdson photograph and a gaudy Nicolas Winding Refn movie.” – Tomris Laffly, RogerEbert.com