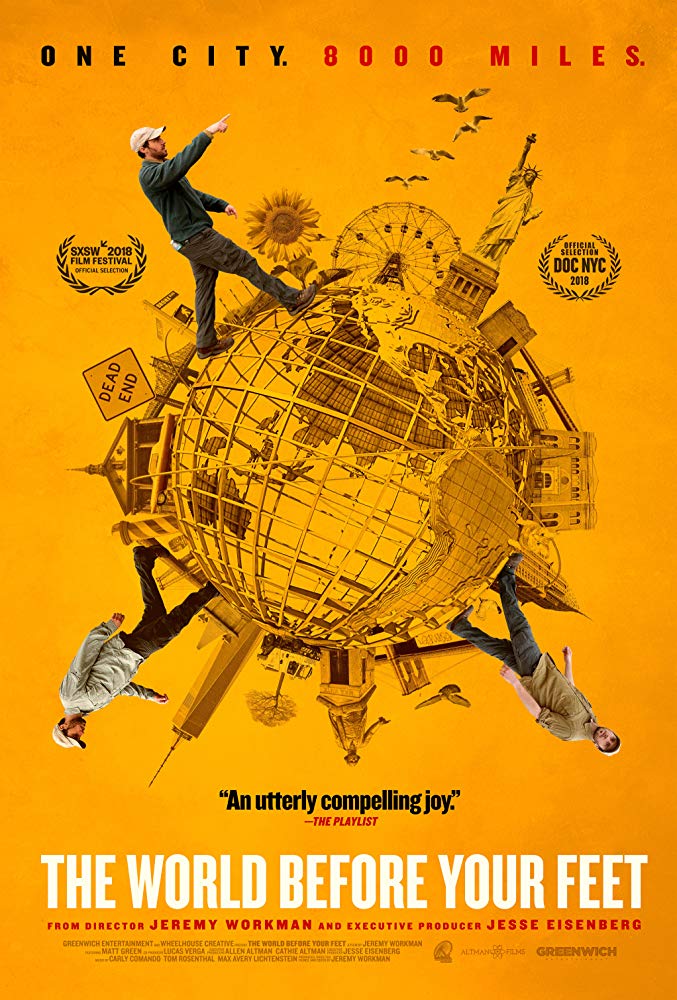 Click Here to visit official site.
The World Before Your Feet

For over six years, and for reasons he can’t explain, Matt Green, 37, has been walking every block of every street in New York City–a journey of more than 8,000 miles. Now six years into his mission, he is something of a modern-day Thoreau. Matt gave up his former engineering job, his apartment, and most of his possessions, sustaining his endeavor through cat-sitting and a $15-per-day budget. Executive produced by Jesse Eisenberg and directed by Jeremy Workman. (95 mins)

Matt Green will be in attendance to take a break from his endeavor and will answer questions from the audience.

“Showcases sides of the city you rarely see in movies and that make it such a strange and fascinating place.” – Mekado Murphy, The New York Times

“Lovely… The film has inspired me to get outside and look around, and I’m sure it will do the same for you.” – Nick Allen, RogerEbert.com