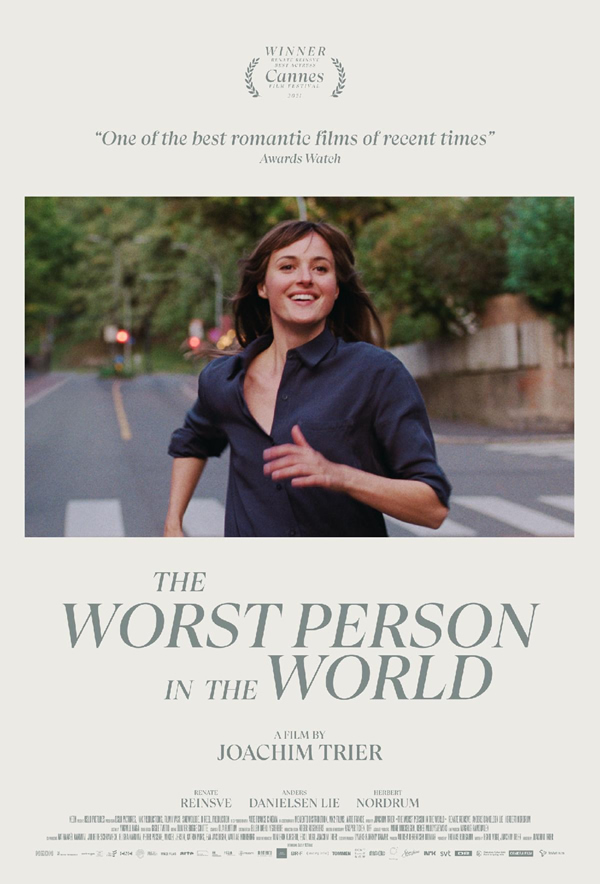 The Worst Person in the World

Director Joachim Trier returns with another modern twist on a classically constructed character portrait of contemporary life in Oslo. Chronicling four years in the life of Julie, The Worst Person in the World examines one woman’s quest for love and meaning in the modern world. Fluidly told in twelve chapters, the film features a breakout performance by Cannes Best Actress winner Renate Reinsve as she explores new professional avenues and embarks on relationships with two very different men (Anders Danielsen Lie and Herbert Nordrum) in her search for happiness and identity. (R, 128 min., in Norwegian with subtitles.)

“Joachim Triers scintillating Oscar contender from Norway, led by a captivating star in Renate Reinsve, sets a new gold standard for romantic comedy just before it sneaks up and hits you like a shot in the heart.” – Peter Travers, ABC News

“A film so fresh and untethered to rom-com cliché it might actually reshape the idea of what movies like this can be.” – Leah Greenblatt, Entertainment Weekly