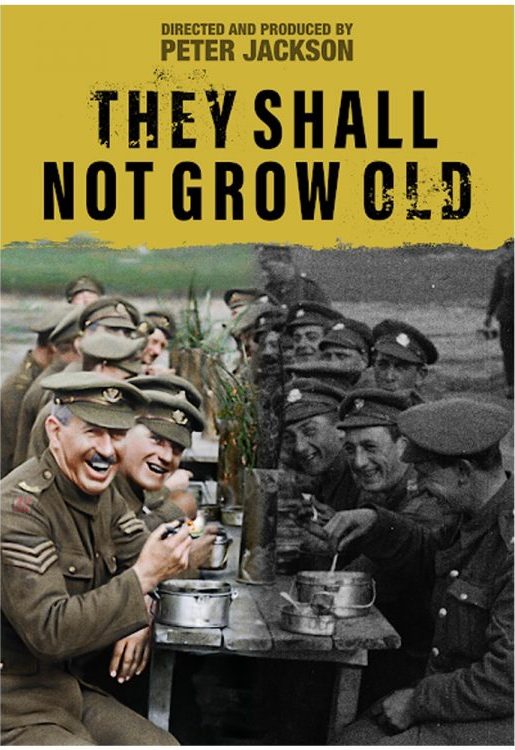 Click Here to visit official site.
They Shall Not Grow Old

On the centenary of the end of First World War, Academy Award-winner Peter Jackson (The Lord of the Rings trilogy) presents an extraordinary new work showing the Great War as you have never seen it. Using state-of-the-art technology and materials from the BBC and Imperial War Museum, the story of World War I is told through the voices of the soldiers. They discuss their feelings about the conflict, the food they ate, the friends they made, and their dreams of the future. The feature documentary is followed by a 30 min featurette that reveals the behind-the-scenes making of the film. (main feature 90 mins)

“A major technical accomplishment. But it’s also a major feat of storytelling, one that mentions no dates, place names or famous battles, yet nevertheless manages to evoke a profound sense of connection with its nameless subjects.” – Michael O’Sullivan, Washington Post

“Technology has allowed Jackson to erase the barriers of time and speak to a new generation about what war does to youth. His humane and heartbreaking film is a profound achievement.” – Peter Travers, Rolling Stone