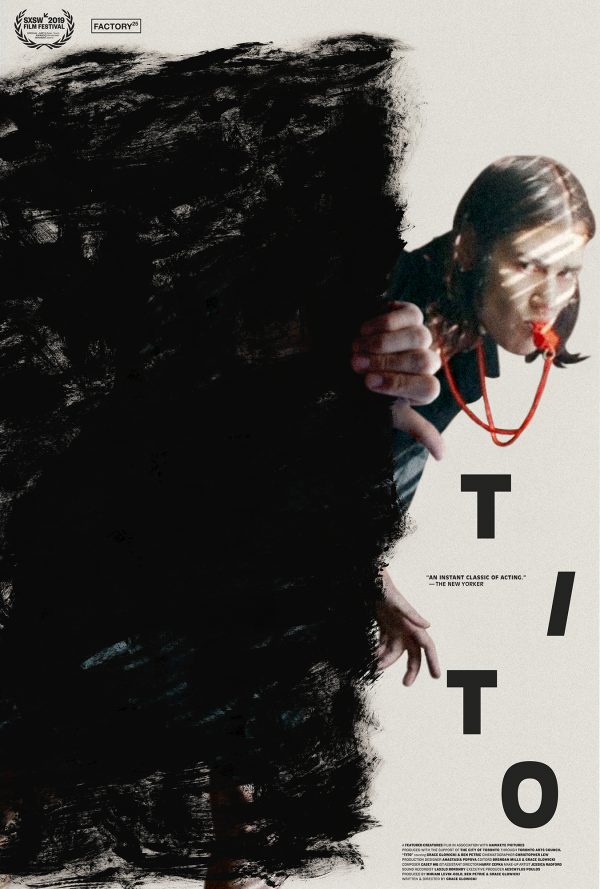 Tito is trapped. With long black hair, greasy sideburns, and an emergency whistle dangling from his neck, he is so stricken with fear that he’s developed a hunch in his back. Any attempt to venture into the outside world is met with the threat of elusive predators who hunt him relentlessly. Starved for food and security, Tito’s terrorized existence threatens to overwhelm him – until the sudden arrival of a cheerful intruder, offering breakfast and protection… Tito is a vision of predation, friendship, and fear, told through a wildly inventive and expressive new lens. (70 mins)

$10.00 Click Here to view via Factory 25 and your rental price will support the Naro!
(You will be emailed instructions from Factory 25 to view the film. Watch via your Computer, Tablet, or Smartphone ∙ Cast via Chromecast or Airplay ∙ Or connect your computer or mobile device to your TV using an HDMI cord.)

“One of the boldest artistic statements of year” – Scott Macaulay, Filmmaker Magazine

“’Tito’ is an instant classic of acting.” – Richard Brody, The New Yorker