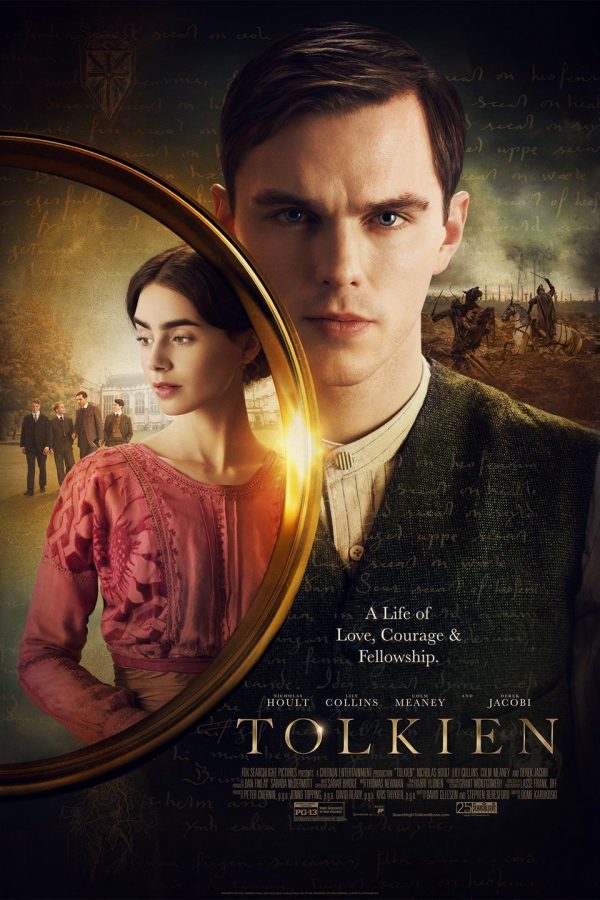 The new J.R.R. Tolkien film, the celebrated author of ‘Lord of the Rings’ and ‘The Hobbit’, explores his formative years at Exeter College in Oxford. The orphaned and shy young man finds friendship, courage, and inspiration among a fellow group of writers and artists. Their brotherhood strengthens as they grow up and weather love and loss together, including Tolkien’s tumultuous courtship of his beloved Edith Bratt, until the outbreak of the First World War which threatens to tear their fellowship apart. All of these experiences would later inspire Tolkien to write his famous Middle-earth novels. Starring Nicholas Hoult and Lily Collins and directed by Finnish filmmaker Dome Karukoski. (PG-13, 112 mins)

“Handsomely made in the customarily fastidious style of most period biographical dramas, Tolkien is strongly served by Hoult, who, after four X-Men outings (and a supporting role in last year’s The Favourite), demonstrates that it’s high time he moved on from that sort of thing to more interesting and challenging dramatic characterizations.” – Todd McCarthy, The Hollywood Reporter

“Hoult brings a quiet, romantic intensity to the young Tolkien (pronounced ‘Tolkeen’, who knew?), Lily Collins does a lot with a little as his first love Edith, and the Hobbit horde will gobble up all of the easter-egg references peppered throughout the movie.” – Chris Nashawaty, Entertainment Weekly