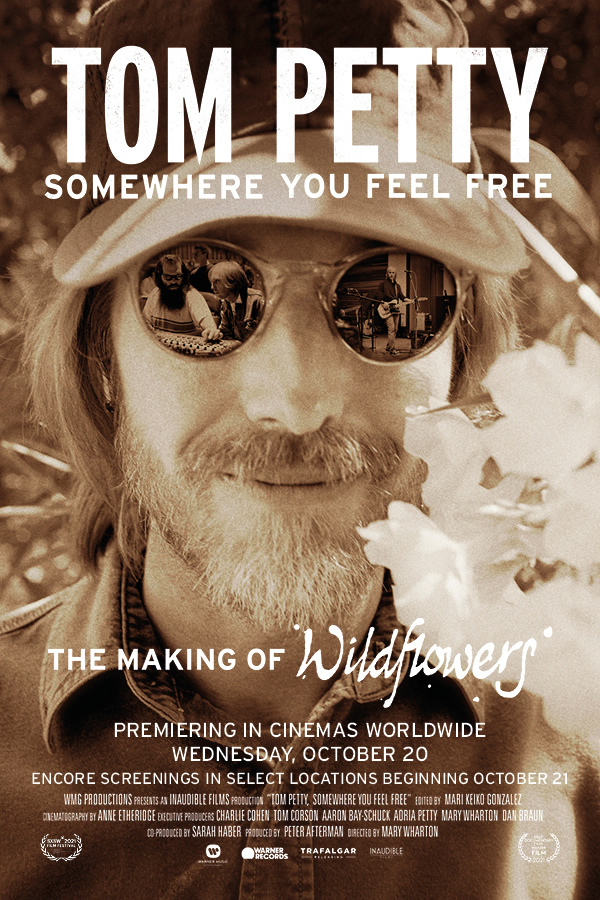 Tom Petty, Somewhere You Feel Free: The Making of Wildflowers

A unique look into the creative mastery and turbulent personal life of the legendary rock star Tom Petty that captures the period of 1993-1995, when Tom worked with legendary producer Rick Rubin for the first time. The film is an unvarnished look at Petty that features never-before-seen footage drawn from a newly discovered archive of 16mm film as well as new interviews with album co-producer Mike Campbell, original Heartbreaker Benmont Tench and many more.

Produced by Peter Afterman with executive producers Mary Wharton, Dan Braun and Adria Petty and presented by Warner Music Entertainment and Warner Records, the documentary illuminates an artist at the height of his powers, providing an intimate and moving look at an enigmatic icon.

Join us on Wednesday or Thursday, October 20th & 21st only for the global big screen and surround-sound release. All tickets are $10 and are available for advance purchase by clicking here.