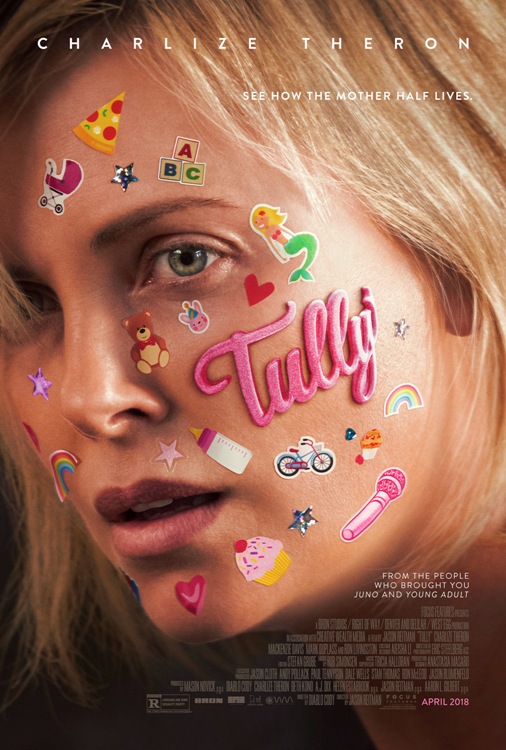 Director Jason Reitman (Juno, Up In The Air) teams up with his Juno screenwriter Diablo Cody in this new comedy/drama. Marlo (Charleze Theron) is a New York suburbanite who’s about to give birth to her third child. Her husband, Ron, is loving and works hard, but remains clueless about the demands that motherhood puts on his wife. When the baby is born, Marlo’s wealthy brother hires a nighttime nanny named Tully (Mackenzie Davis) to help his sister handle the workload. Hesitant at first, Marlo soon learns to appreciate all that Tully does – forming a special bond with her new, lifesaving friend. (R, 95 mins)

“The final chapters of Tully take us to a place I certainly didn’t anticipate, causing us to re-examine everything we’ve seen from the outset.” – Richard Roeper, Chicago Sun-Times

“Things are never exactly what they seem here — but there’s a deeper, more authentic story Reitman and Cody are interested in telling, even when — maybe especially when — the film veers toward fantasy.” – Michael O’Sullivan, Washington Post