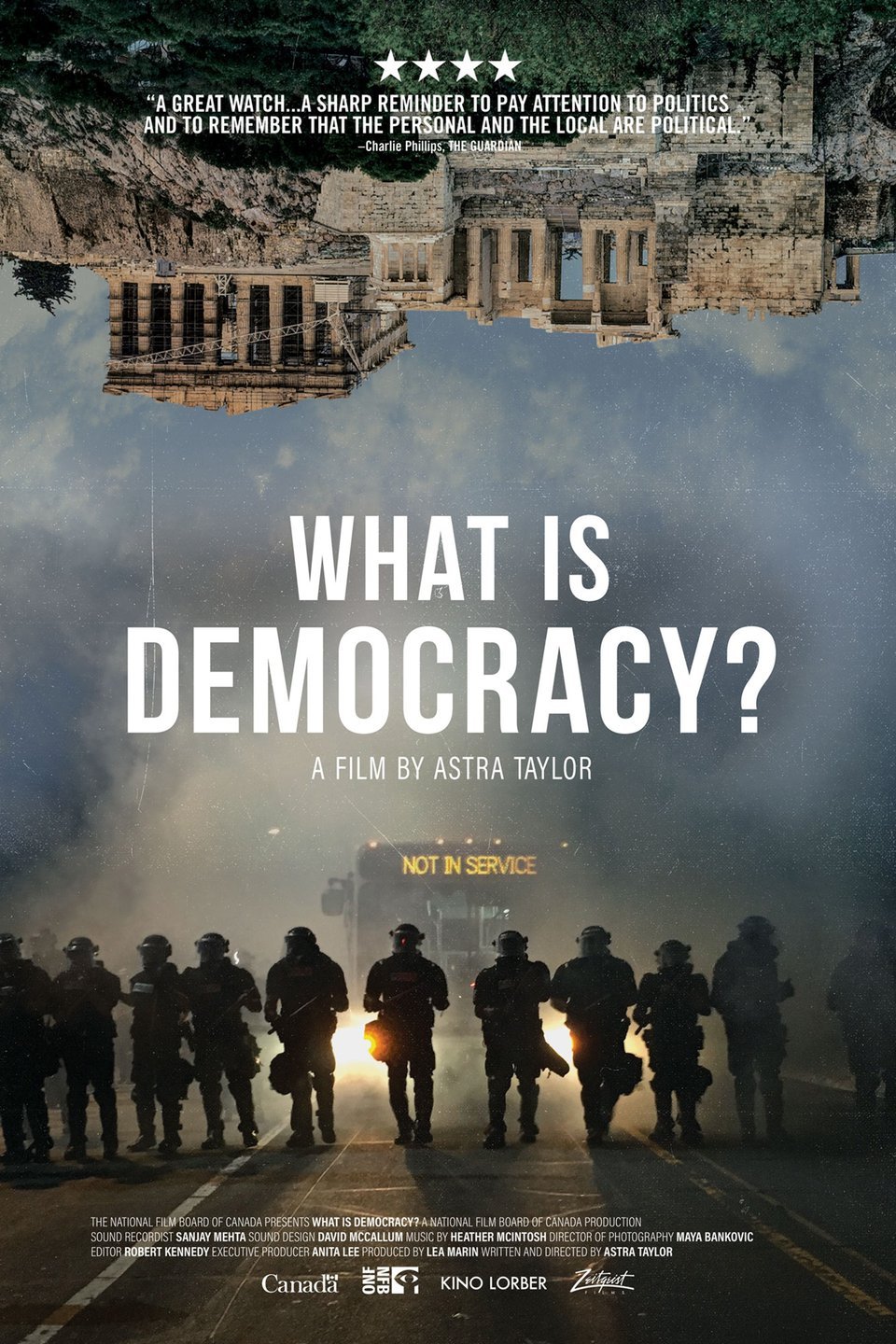 Click Here to visit official site.
What is Democracy?

“In practice, everywhere you look, democracy is in trouble.” And yet if we want to live within a democracy, we must first ask what the word even means. This new doc features a diverse cast—including celebrated theorists, philosophers, activists, factory workers, asylum seekers, and former prime ministers. This timely film connects the past and the present, the emotional and the intellectual, the personal and the political, in order to provoke and inspire. (117 mins)

“It’s a thoughtful, brainy, deeply considered and artful film that arouses the intellect and the passions and grapples with the problems of democracy.” – John Semey, The Globe and Mail

“Elegantly shot and fluidly edited, What Is Democracy? reveals Taylor’s sure instincts as she shapes the vast sprawl of often disparate, sometimes random-feeling material into a focused, thought-provoking essay that even leaves you feeling that there was so much more to say on the subject.” – Alan Hunter, Screen International

“Taylor’s mission with this film—to answer the unanswerable—is brave. Where it shines most is in how concise, clear and comprehensive each main idea is relayed.” – Ayurella Horn-Muller, Film Threat