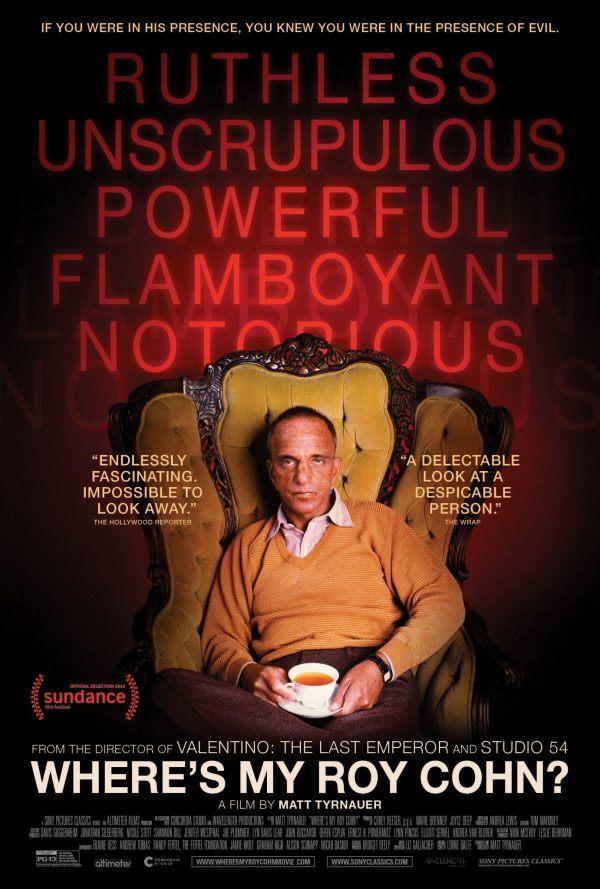 One of the most controversial and influential American men of the 20th Century, Roy Cohn was a ruthless and unscrupulous lawyer and political power broker whose 28-year career ranged from acting as chief counsel to Senator Joseph McCarthy’s Communist-hunting subcommittee to molding the career of a young Queens real estate developer named Donald Trump. (97 mins)

“This is a film that is a study in power and how one man shaped political discourse in ways that no one saw before, but has been elevated to new levels today.” – Michael Compton, Bowling Green Daily News