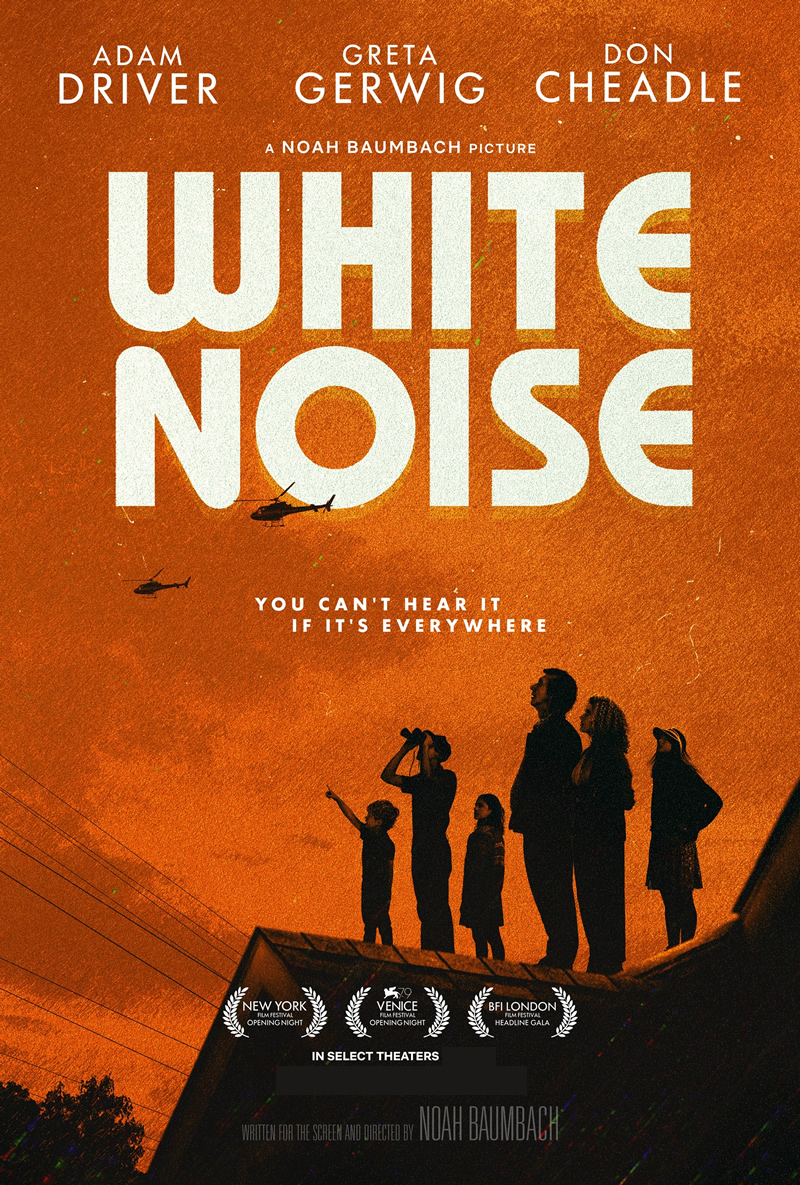 At once hilarious and horrifying, lyrical and absurd, ordinary and apocalyptic, White Noise dramatizes a contemporary American family’s attempts to deal with the mundane conflicts of everyday life while grappling with the universal mysteries of love, death, and the possibility of happiness in an uncertain world. Based on the novel by Don DeLillo, directed by  Noah Baunbach and starring Adam Driver, Raffey Cassidy, Jodie Turner-Smith, Greta Gerwig, and Don Cheadle. (R, 2h 16m)

“Driver brings something both salty and haunted to Jack, and Gerwig feels like a beating heart, alive to every sunburst and storm cloud of her emotional weather.” – Leah Greenblatt, Entertainment Weekly