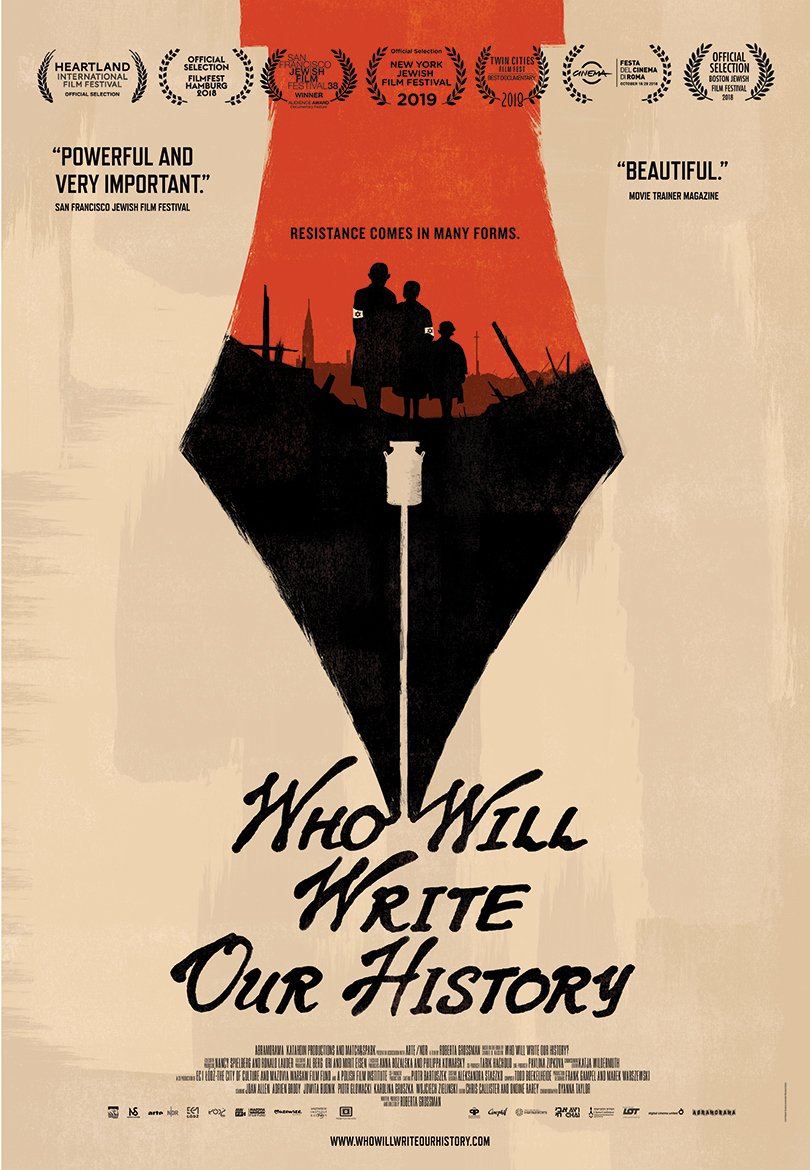 Click Here to visit official site.
Who Will Write Our History

In November 1940, days after the Nazis sealed 450,000 Jews in the Warsaw ghetto, a secret band of journalists, scholars, and leaders make plans to fight back. Led by historian Emanuel Ringelblum and known by the code name Oyneg Shabes, this clandestine group vows to defeat Nazi lies and propaganda, not with guns or fists but with pen and paper. Their true story is also dramatized in this new documentary featuring the voices of Joan Allen and Adrien Brody. (95 mins)

“Though its form is complex, including archival scenes that include concentration camp-type footage, the film’s emotional through line is clear and direct.” – Kenneth Turan, Los Angeles Times