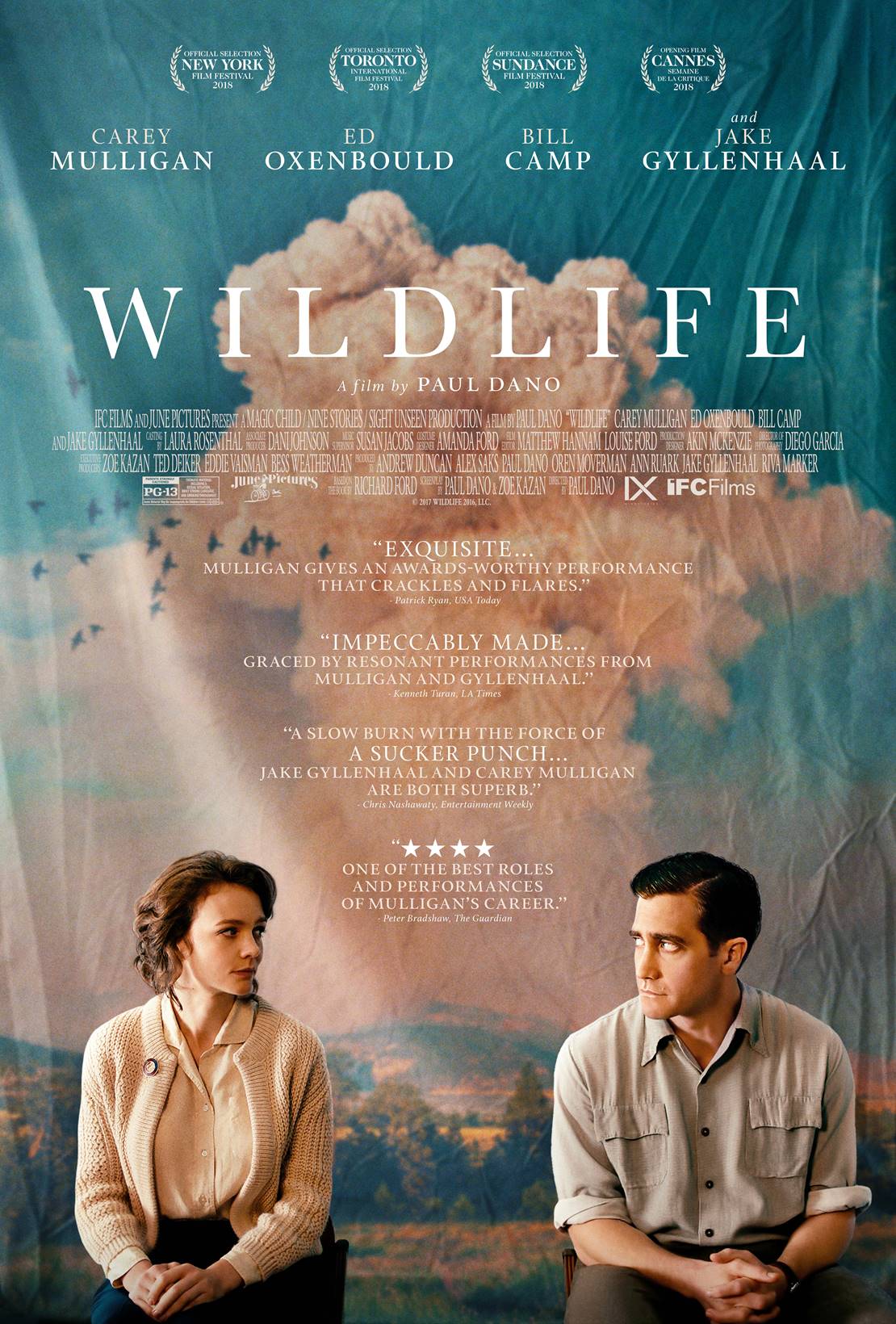 Actor-turned-director Paul Dano has superbly adapted Richard Ford’s novel for the big screen. We are transported back to 1960s rural Montana where young teenager Joe is the only child of Jeanette and Jerry—a housewife and a golf pro. Nearby, an uncontrolled forest fire rages close to the Canadian border, and when Jerry loses his job—and his sense of purpose—he decides to join the cause of fighting the fire, leaving his wife and son to fend for themselves. Suddenly forced into the role of an adult, Joe witnesses his mother’s struggles. Carey Mulligan, Jake Gyllenhaal, and Oren Moverman star in Dano’s acclaimed first film. (PG-13, 104 mins).

“The entire cast does exceptional work, but the movie is anchored by Carey Mulligan, who gives the best performance in any film I’ve seen this year.” – Glenn Kenny, The New York Times

“An affecting coming-of-age drama based on a superb book and directed by an exceptional actor in his directorial debut.” – Joe Morgenstern, Wall Street Journal