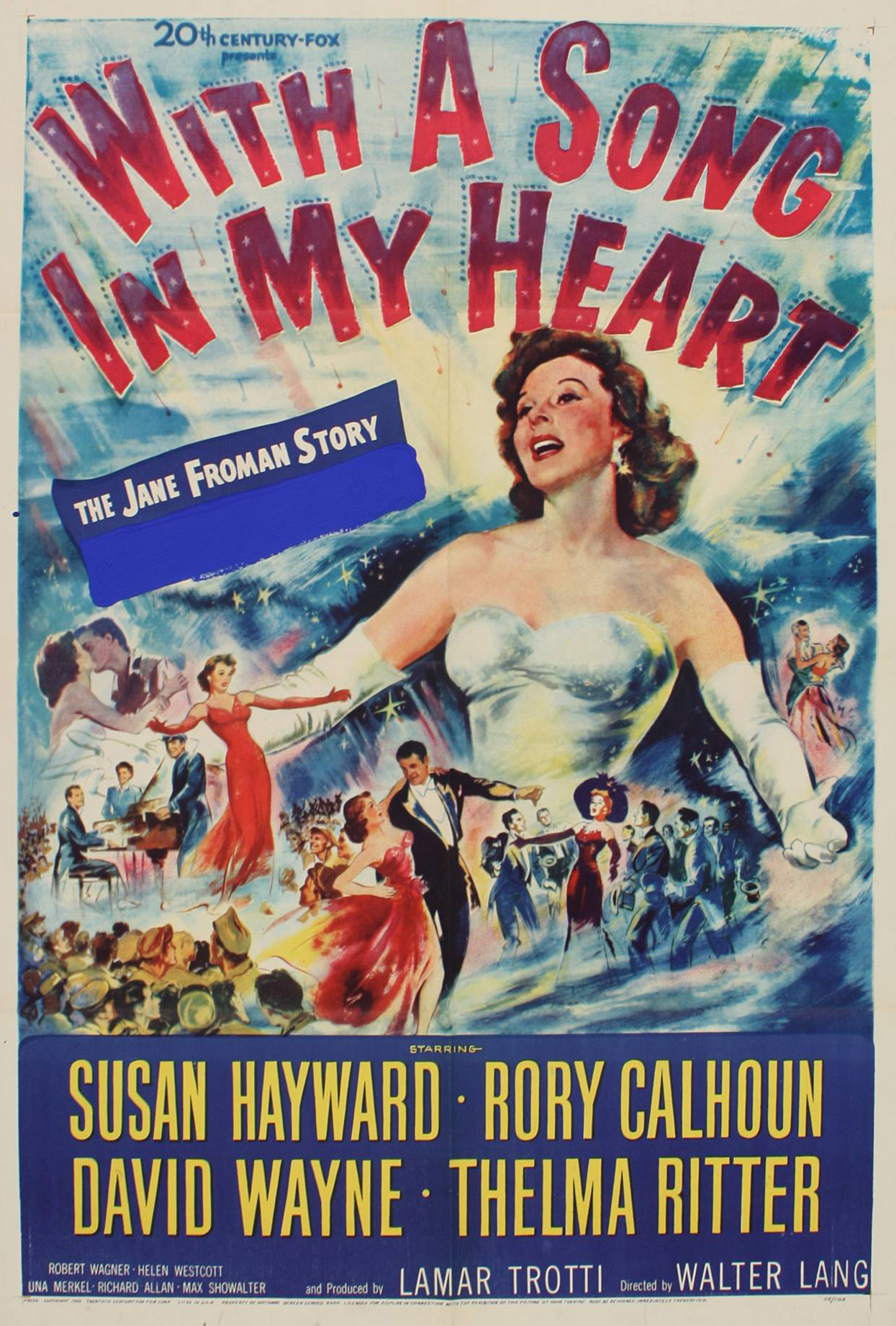 With a Song In My Heart

JULY 30 & 31 At long last, and way overdue, the fiery redhead Susan Hayward makes her festival debut. This was the third of her five Academy Award nominations before finally winning with I Want to Live. We passed over the gas chamber in favor of this year’s lone musical. Hayward plays the real-life singer Jane Froman who overcame personal obstacles to sing “With a Song in My Heart” as well as such pop standards as “Blue Moon,” “I’ll Walk Alone,” “Embraceable You,” and “I’m Through With Love” among many others. Every song is a golden oldie. Set in World War II, the film also has one of her six Academy Award nominations for everyone’s favorite character actress, Thelma Ritter. The cast also includes Rory Calhoun, David Wayne, and Robert Wagner in a star-making cameo. It was the fifth of nine Oscar wins for composer Alfred Newman. Mal will talk about Susan Hayward, whom he feels is way overdue for the festival. (1952, 117 mins)