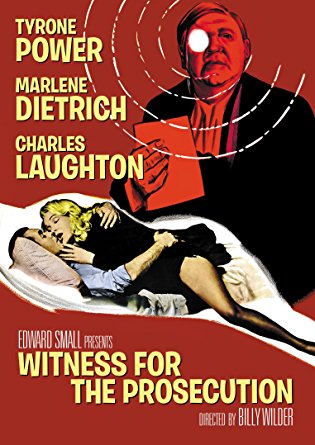 Witness for the Prosecution

July 23 & 24 Only Agatha Christie could dream up a murder mystery this baffling. If you know the surprise ending, you are advised not to tell, as the consequences could be fatal from your fellow theater mates. Marlene Dietrich, in arguably her best screen performance, stars with Tyrone Power, Charles Laughton, and Elsa Lanchester in a courtroom drama that sizzles. (Both Laughton and his wife, Ms. Lanchester, were Oscar nominated.) Mal will talk, mostly, about the bizarre superstar behavior of Marlene Dietrich off camera—some of which he witnessed in person. It’s directed by Billy Wilder, who usually went for laughs. If you’ve seen it before and “know,” you need to see it again and spot all the clues you missed. (1957, 116 mins)