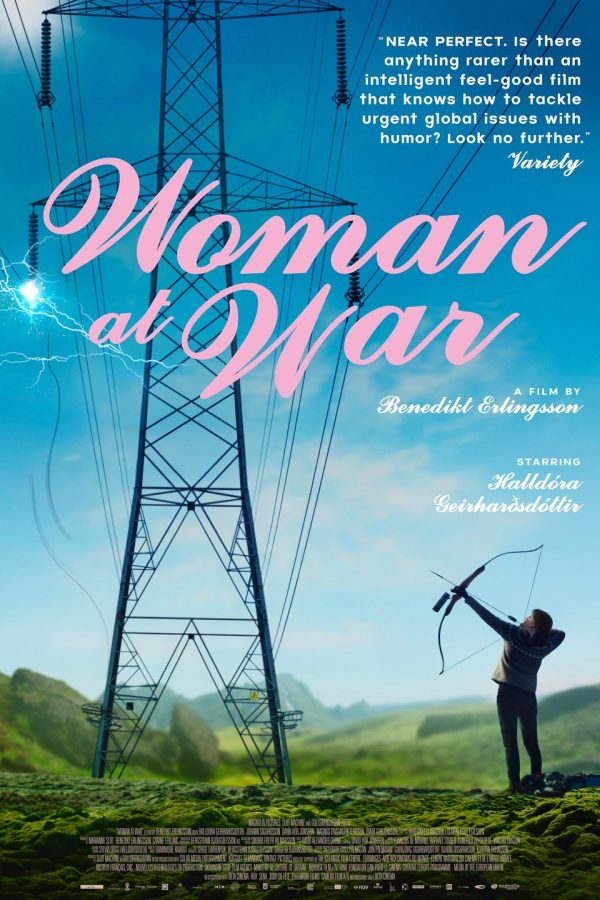 Iceland filmmaking has arrived and it’s every bit as quirky and earthy as the Icelandic people themselves. Halla is a fifty-year-old independent woman. But behind the scenes of a quiet routine, she leads a double life as a passionate environmental activist. Halla secretly wages a one-woman-war on an aluminum smeltering plant owned by a multinational corporation planning to exploit Iceland’s cheap and bountiful geothermal energy. But when she receives news that her application to adopt a child in Ukraine has been accepted, she must re-examine her commitment and civil disobedience. (101 mins)

“An artful fable that examines what it really means to save the world…” – David Erhlich, IndieWire

“Woman at War is an environmental drama wrapped in whimsical comedy and tied with a bow of midlife soul-searching.” – Jeanette Catsoulis, The New York Times

“With a masterful melding of the serious, the comic, the ridiculous and the musical, Woman at War is joyful to experience though difficult to sum up.” – Kenneth Turan, Los Angeles Times