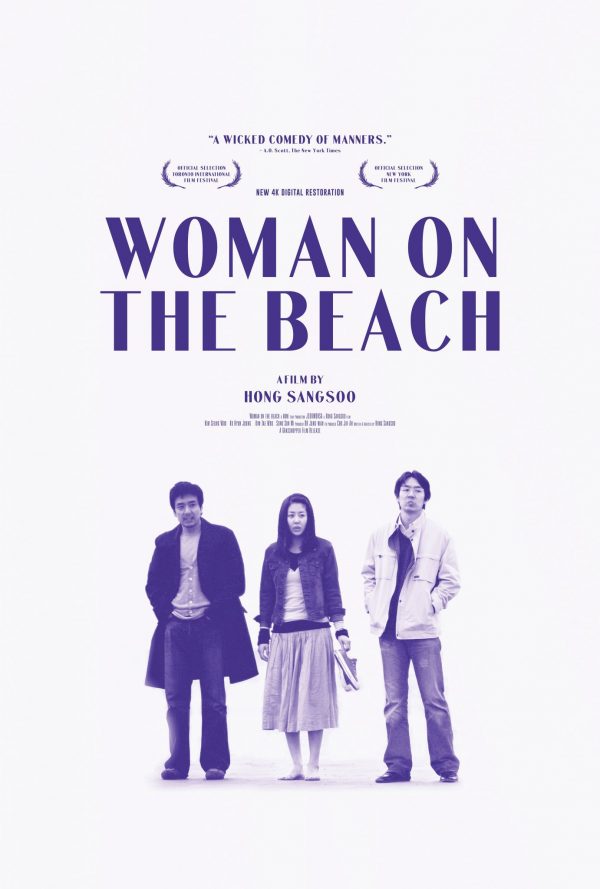 Woman On The Beach

Filmmaker Joong-rae, suffering from writer’s block, takes a trip to the coast with his production designer Chang-wook, who brings along the vivacious Moon-sook. Soon after their arrival, Moon-sook falls for Joong-rae’s advances; however, the fickle hero can’t commit and he awkwardly parts with her. What had been a sardonic Jules and Jim turns into a burlesque Vertigo when Joong-rae returns to the coastal resort and attempts to recreate the original romance with a woman who resembles Moon-sook, until his jilted lover shows up… In Korean with subtitles. (127 mins)

$12.00 Click Here to view via Grasshopper Films and your rental price will support the Naro!
(You will be emailed instructions from Grasshopper to view the film. Watch via your Computer, Tablet, or Smartphone ∙ Cast via Chromecast or Airplay ∙ Or connect your computer or mobile device to your TV using an HDMI cord.)

“A cinematic tightrope artist: he’s a director whose films walk the fine line between the heaven and hell of the quotidian.” – Chris Chang, Film Comment

“Wry and tender and delicately melancholic… shows a newly confident filmmaker again working near the top of his form… This seemingly casual triangle is a classic formal and sexual configuration for Hong, whose elegant, restrained films chart the mysteries of the heart and the follies of the head with intelligence and shock waves of feeling.” – Manohla Dargis, The New York Times