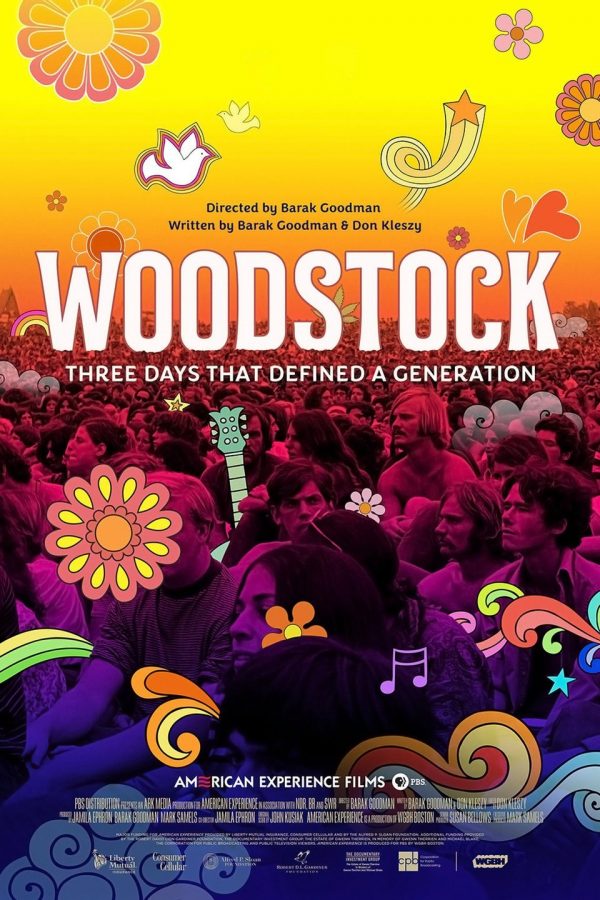 Fifty years ago, in August 1969, a half a million people converged on Max Yasgur’s dairy farm in upstate New York to hear the concert of a lifetime. This new documentary creates the context of the sixties that lead up to the festival. And then with never-before-seen footage, the extraordinary events of the concert itself. What took place in that teeming mass of humanity — the rain-soaked, starving, tripping throng of young people — was nothing less than a miracle of unity, a manifestation of the “peace and love” the festival had promoted, and a validation of the counterculture’s promise to the world. Directed by award-winning filmmaker Barak Goodman. (106 mins)

“… uses the perspective of nearly 50 years’ hindsight to demonstrate anew how the festival was both a mess and a miracle, and implicitly argues that it was a good deal more miracle than mess.” – Glenn Kenny, The New York Times

“Throughout, the era-defining yet problem-plagued music festival astounds in large part for all the disasters that didn’t occur.” – Chris Barsanti, Slant Magazine