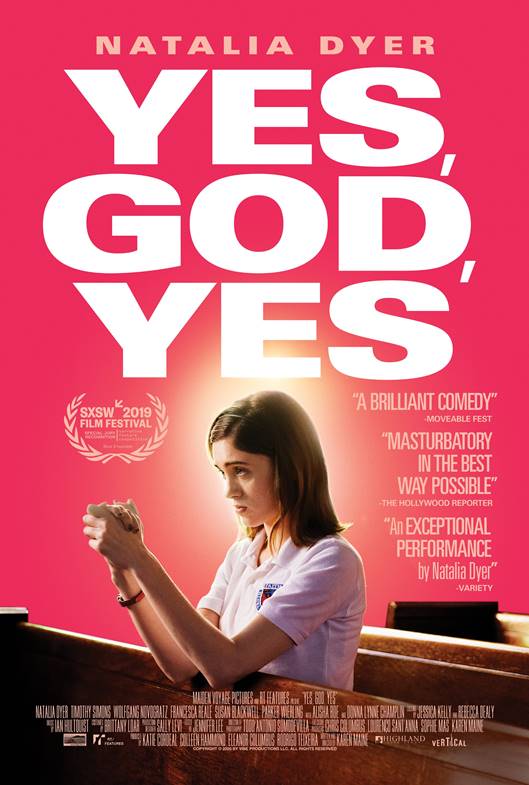 In the Midwest in the early 00s, sixteen-year-old Alice (Natalia Dyer) has always been a good Catholic girl. But when an AOL chat turns racy and lewd, she becomes guilt-ridden. Seeking redemption, she attends a mysterious religious retreat to try and suppress her urges, but it isn’t easy, especially after a cute boy (Wolfgang Novogratz) starts flirting with her. Alice’s sense of shame is spiraling when she uncovers a shocking truth about the retreat’s most devout. Desperate and confused, she flees and meets an unlikely ally who offers an alternative view of what it means to be good. For the first time, Alice realizes she can decide for herself what to believe and finally gets the release she needs. (78 mins)

$9.99 Click Here to view via Vimeo and your rental price will support the Naro!
(You will be emailed instructions from Vimeo to view the film. Watch via your Computer, Tablet, or Smartphone ∙ Cast via Chromecast or Airplay ∙ View through the Vimeo app on Roku or AppleTV ∙ Or connect your computer or mobile device to your TV using an HDMI cord.)

“’Yes, God, Yes’ is a coming of age tale with a fantastic mix of holiness and hormones.” – Cinapse