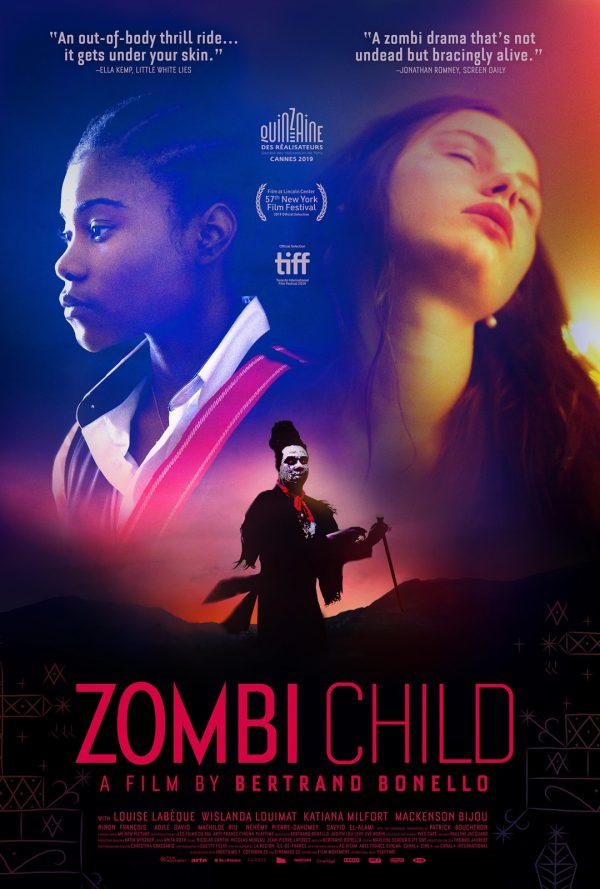 Haiti, 1962. A man is brought back from the dead only to be sent to the living hell of the sugarcane fields. In Paris, 55 years later, at a prestigious all-girls boarding school, Melissa, a young Haitian teenager, confesses an old family secret to a group of new friends – never imagining that this strange tale will convince a heartbroken classmate to do the unthinkable. The latest from French master Bertrand Bonello (Saint Laurent, Nocturama). In French, Creole, and English with subtitles. (103 mins)

“Bonello’s exquisite use of craft, including poetic day-for-night photography by Yves Cape (Holy Motors) and a strong electro-rock score, is definitely a plus, creating an ambiance that bewitchingly accompanies the action.” – Jordan Mintzer, The Hollywood Reporter

“It gets under your skin, with the audacious and cunning mystique of a magician who always has one more trick prepared. Bonello leaves us hypnotised and hungrily begging for more.” – Ella Kemp, Little White Lies

“‘Zombi Child’ is the kind of lithe and lucid dream that gets its tendrils round your brain stem, so that when all hell finally breaks loose, you can’t jolt yourself awake from its grip.” – Robbie Collin, Daily Telegraph